This Epic Fantasy Tier List ranks/grades all the best heroes in the game according to their overall performance in the game.

If you are reading this article, it means you are eager to learn more about the Epic Fantasy Tier List. As we know, there are a bunch of different characters in Epic Fantasy that can help you win battles. Each hero has a unique ability and weapon that can be useful depending on the situation.

However, it is important to learn that heroes are further divided into multiple tiers based on their skills. If you want to become a pro player, make sure to go through this guide on Epic Fantasy Tier List and defeat your enemies.

There is no doubt in the fact that every hero in Epic Fantasy is unique and can help you win battles. But players should prefer strong heroes to have a better chance of getting more rewards. The characters are divided into 4 major Tiers,

These are ranked according to their skill set where SS Tier is the highest rank in the game. The ranks mentioned in our guide are not fixed and are only based on user experience. Some players might like different heroes depending on their playing style.

You can easily win matches using the following heroes,

Players need adequate practice to get hold of these characters,

Heroes under this tier are comparatively weak but have the potential to deal high damage to the enemies,

At last, B Tier heroes require proper control over the game to complete difficult levels in Epic Fantasy,

As the name suggests, heroes have particular properties that can be used against opponents to deal more damage. These properties are named Earth, Water, Fire, Light, and Dark. You can easily understand the game mechanics by playing each character.

This also increases the variations to try out multiple combinations of heroes. Make sure to consider different heroes according to the situation.

We bring you some of the most common interactions between the heroes depending on their elemental properties,

We hope you now have enough knowledge about various heroes that are mentioned in our Epic Fantasy Tier List guide. Players can try different combinations of skills and hero properties to win battles.

We recommend completing levels using the best character according to the situation. This will help you collect more rewards and upgrade the heroes quickly.

By the way, did you know that you can also get free rewards in Epic Fantasy by using gift codes? Check out this article to find out how! Epic Fantasy Wiki will help new players to understand the basic concepts of the game in no time. Make sure to read the entire blog and defeat your enemies today.… Are you looking for the latest Epic Fantasy Codes that will work in 2023? Well, we are here to help you with the same. This article contains a list of all Epic… This Epic Fantasy Tier List ranks/grades all the best heroes in the game according to their overall performance in the game. If you are reading this article, it means you… 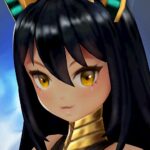