Infinite Lagrange: An upcoming space strategy game from the house of NetEase for android and iOS devices. The mobile game is currently initiating its Closed Beta Test on Android in the U.S, Canada, Australia, and the Philippines. The China-based developer had previously created some fantastic games like Tianxia III, Heroes of Tang Dynasty Zero.

This closed beta test will be exclusively for Android users. Unfortunately for many, there is no official confirmation on whether the game will be launched on the iOS platform.

Infinite Lagrange promises its players a memorable adventurous space voyage. In this journey of the universe, players will get a chance to explore the strange galaxies and take part in strategic battles to have command over them. They will also be able to plan the development of their space stations or the spacecraft. Here are a few highlighted characteristics of this game, briefly described below:-

Venture and Conquer the Uncharted Space

Players will assume the duty of the leader of a galactic force and proceed on a mission to venture into uncharted territories, build Stargates and rule the galaxy. On this journey, one will find many interesting characters along the way. These can either become your most reliable ally or your worst Enemy.

Command Aircraft and Build an invincible Armada to crush the Enemy

Players will get a chance to build up their fleet and command aircraft as well. Initially, one will only start with three to five ships. In time, this will increase as they build more important ports and advance further down the tech tree. It will also include various ship types such as frigates, destroyers, cruisers, and capital ships.

Conquer the Space by teaming up and Winning Strategic Battles

The Outer Space will prove to be an unwelcoming environment with hostile forces longing for battles; the slightest of provocation can escalate to an all-out war. Hundreds of players with their fleets will have to join forces to take on a massive space city. The players also have to deal with the many possible outcomes of collaborating with allies and combating foes.

Plan production and development for Survival

When you are not in battle, there will still be a lot to do as one tries to survive in the wilderness of the universe. Better production capacity and military power will help plan the development of the space station. Players will also need to collect resources or search for facilities and ruins in outer Space to proceed further in the game.

Level Up and progress your Tech Tree to Strengthen Yourself

Players need to enhance their strength by investing in Technology Tree for surviving a universe fraught with danger. Vessels armed with these techs will prove to be much more useful.

Breaking News: Tales of Crestoria is Expected to Release Soon for iOS and Android! 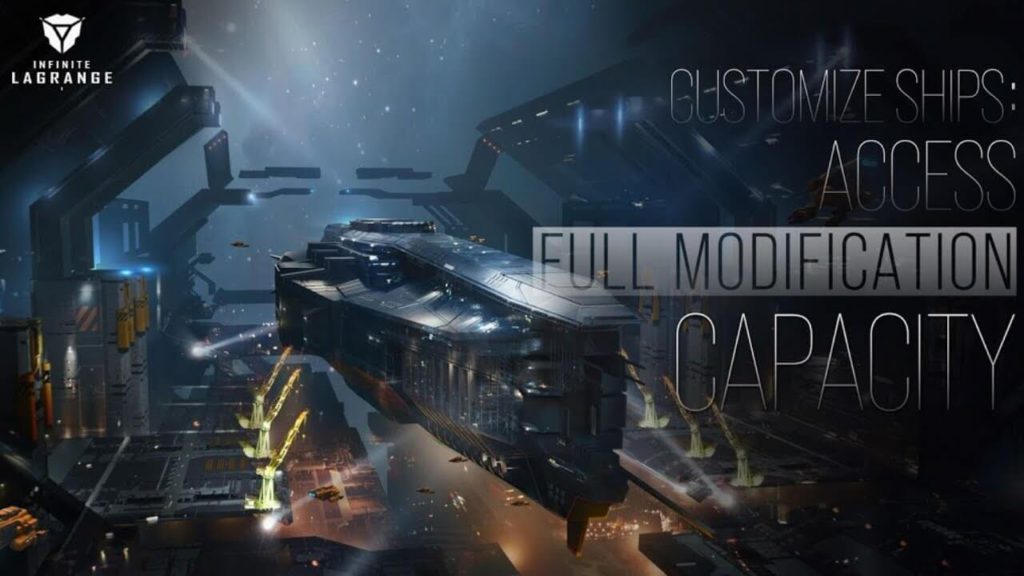 The universe of Infinite Lagrange will witness many ups and downs of history. Players will face a lot of difficulties as the Interstellar conquerors will seize the planets. But, later on, they will ultimately discover the unfolding of history and technological developments. In the long run, players will familiarize themselves with the story behind every planet, every city, and every ruin. In the end, one will explore, thrive, falter, and finally get back to glory.

Infinite Lagrange is currently running the beta closed test only for Android from yesterday. More information on this game is yet to be revealed. So, stay tuned for more updates!

Crazy about Mobile games? Subscribe to shadowknightgaming.com and get the latest Mobile news, updates, tips, and more before anyone else.