Another MMORPG game titled Noah’s Heart is on its way to launch somewhere around 2021, exclusively for mobile devices. This game promises its players an adventurous journey into a harmonium gaming world. In the game, one can naturally either choose to live a simple private life or explore the perfect open world. It will also offer you plenty of travelling opportunities along with a few twists and turns on different levels.

Leading Chinese game publisher, Archosaur Games is behind the production of this game. The company’s primary focus is to develop mobile MMORPG, i.e. (massively-multiplayer online role-playing games). Earlier, it has launched multiple genre games like Dragon Raja, Glorious Eleven, World of Kings, etc. Noah’s Heart is going to be their next game in the same genera.

The game takes place in an era where humans exist in a strange land created by an unknown entity. The world appeals to be a piece of elegance, similarly like an aggregation of eminent fiction and metafiction. If you want, you can dig deep into the game and try to unwrap the past behind the creation of the mysterious land and the future has in store for humanity.

The world of Noah’s Heart is procedurally generated, which means players will get a lot of exploring and travelling opportunities either through walking or comfortably through a convenient airship. What’s interesting is that that the game will be seamless and players won’t see loading screens issues as they travel from one area to the other.

Players can develop relations with the game’s NPCs dotted throughout the world. While you will try to know your locals, there might be some special events coming up for you. You can take up those trials, and gather some crucial knowledge, which might even prove useful for your further adventure.

Read | RPG Ruinverse: A game from the folks of Kemco for iOS and Android

Besides the simple gameplay, players will also have to take up challenging choices during their side missions. These decisions will, later on, create an impression on their adventure. One might have to hold some special characters alive, during several retrieval struggles. This step might turn out to be necessary because it can help to advance the mission, that too, in a ferociously diverse direction.

Also, one needs to keep in mind the fact that there is no coming back from the decision, once you have already made your choice.

Trailer and launching date of the game 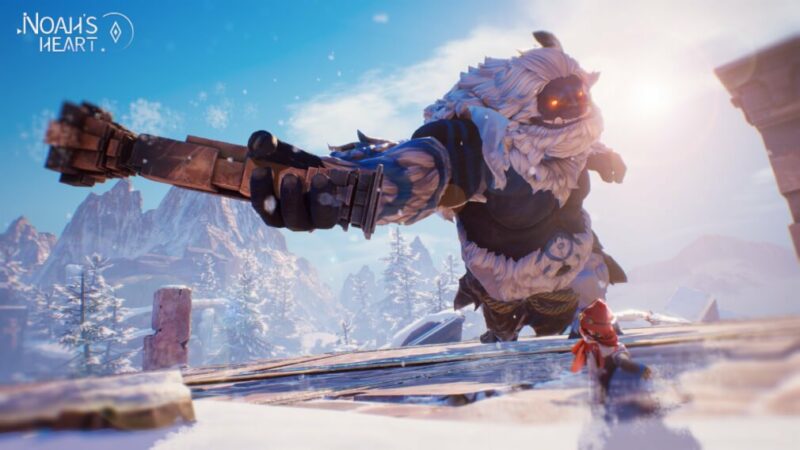 The trailer of the game, Noah’s Heart had already released a few days back. You can check it on their official website. If the trailer is anything to go by, the gameplay appears more visually striking, even compared to one of Archosaur Games last title – Dragon Raja.

Overall, the game involves various adventures and mysteries, so it won’t let you get bored anyway.

Sadly, there is neither any official release date nor any information regarding whether the global version of the game will be available or not. However, it’s anticipated that Noah’s Heart will release mainly for mobile devices, sometime next year, i.e., 2021. If you are curious, do visit their official Facebook page to know more details about the game.