The RPG, Pokemon Masters, brings a new Sync Pair, Full Force battle, and a new storyline with this week’s update. Serena & Fennekin are the latest duo Sync Partners, which are going to be available in the game’s newest update. The two of them will appear as a 5-Star Tech Sync pair. Additionally, the developers have also introduced more eggs to the game, and more!

Now, players can explore a bunch of more diverse options while deciding the main characters Sync Partners. Trainers will also get a chance to experience new adventures along with the whole-new beautiful island of Pasio, in the Pokémon world.

The new pokemon Fennekin will have a Fire Spin attack, which will help to deceive several opponents. His other attacks include putting the opponents into sleep by utilizing Hypnosis (useful only when the players have evolved Fennekin into Delphox) and “overheat,” which incur a high level of damage. 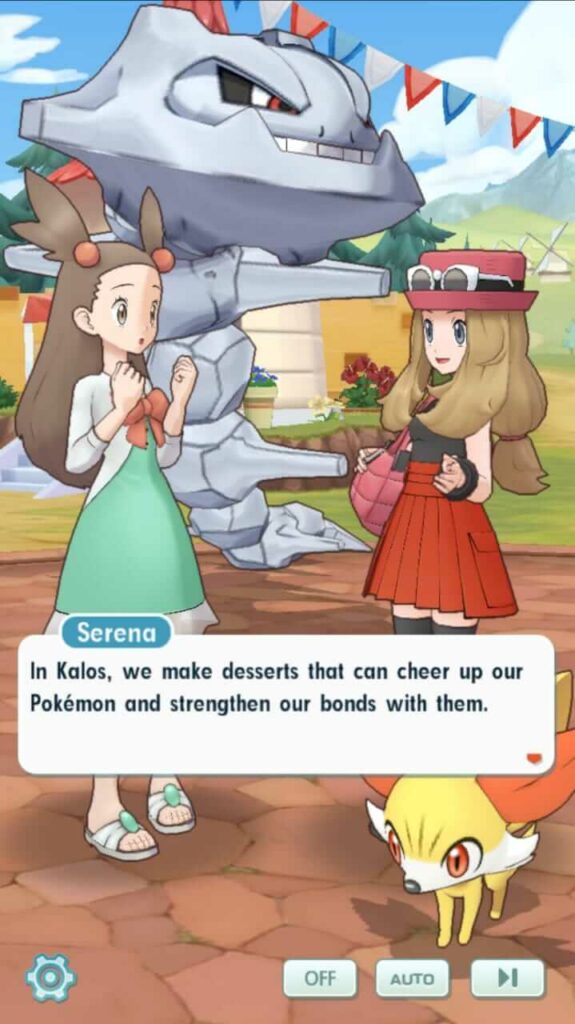 However, overheat will result in the reduction of the Special Attack once it is used. Fennekin is susceptible to ground type attacks. In the game, Fennekin can also be evolved into Braixen and then lastly into Delphox. Serena & Fennekin will get their own Spotlight Scout too.

Other details regarding the update include a new tournament called the Pokemon Masters League, which will hold 3-on-3 battles on the land of Pasio. You will get to fight against leading trainers. Try to win, so that you can choose to make your dream team of companions, as you progress in the game.

There is also a Story Event called Serena’s Dessert Party along with the duo’s arrival starting 30th June. The event will feature Serena and Fennekin, trying to cheer Pokemons, by preparing some tasty desserts for them.

But don’t let your guard down because Team Break will try to take away all the ingredients required to make the desserts. Thus the only way to recover the sugary goodness is to beat these thugs in a new type of pokemon battles named the Full-Force Battles. During the combat, players will only get a few opportunities to use a limited number of Sync Sets for destroying each of their opponents. And upon completing these missions, you will also get a shiny medal. Serena’s Dessert Party event will run till 21st July.

As a whole, we will say that the lastest update is decent and will keep you occupied for some time until more updates make their way to your devices. Pokemon Masters is now available on the App Store and Google Play. It’s a free-to-play game, along with in-app purchases.