For those bored with the regular run and gun games, Rogue Agents will feel like a fresh breeze.

After giving the game, a shot I feel instantly attracted to it. All thanks to its focus on fast-paced parkour action. Players can roll, climb, and wall-run their way across the map and will constantly be using all of the above to victory.

Being slow or predictable in your movements seems to be a recipe for failure. So players always need to be ready to pull off some evasive tactics. Learning to use the environment to one’s advantage can mean the difference between life and death.

There’s a generous amount of content on offer already, especially given that the game is still in beta. Recently, some users were reporting connectivity issues. Since then, Midnight Games has released a patch to fix the bugs. Though you may still experience some bugs or other issues.

At the moment, there are three game modes – Free for All, Team Deathmatch, and Capture Point. While these are fine for now, it would be sweet to see some modes that make full use of the game’s parkour system. Battle Royale would be great, too. 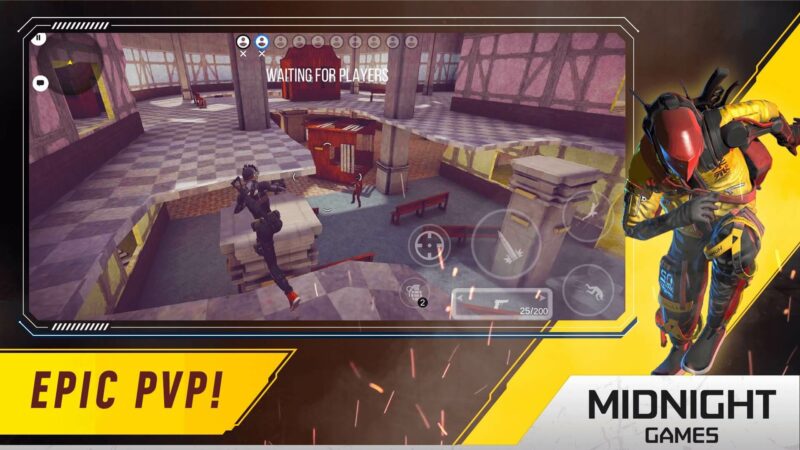 Based on the gameplay we’ve checked out, one area that I’d like to see some improvements on is the game’s sense of style. Maps could do with being a bit more distinct. However, this is something the developers can fix over time.

if you love PC and console games like Assassins Creed or Prince of Persia with lots of parkour, you will definitely love Rogue Agents.

Now, there are other games (PUBG Mobile) which tried to mix Parkour action with gunplay, but Rogue Agents is in a different league.

For all interested TPP shooter fans out there, Rogue Agents is now available as an open beta on the App Store and Google Play. It is a free-to-play game with in-app purchases.