Warhammer Quest: Silver Tower, the upcoming turn-based strategy game, from the developer Perchang, has opened for pre-registration on Android. The advance registration has started ahead of its September 3rd launch on Android devices.

The game takes place during Warhammer’s Age of Sigmar and revolves around the theme of incredible heroes uniting to battle through the mythical Silver Tower.

The game includes plenty of famous Warhammer characters, like Acolytes, Tzaangors, and Daemons. The launch version of this game will feature more than 200 stages to fight your way through as one of 10 upgradable bosses.

Furthermore, in this game, you’ll have the option to play in several roles. It includes the characters of the Knight Questor, Mistweaver Saih, Darkoath Chieftain, and that’s only the tip of the iceberg.

If you’re now wondering, what’s more, then let me tell you, Warhammer Quest: Silver Tower still has plenty in store.

Players will eventually get the opportunity to find out about 25 unique maps. These maps will differ from the beasts and creatures by all accounts. However, it will permit you to explore interdimensional fields, perfect timing domains, and savage marshes.

Apart from the first crusade, there are additionally critical hurdles, solo trials, and regular hunts to carry on. All in all, this game seems as though Perchang’s most magnificent game to date.

Now, coming to the rewards section, there are plentiful of them for the winners. But, to put forward your claim to receive the prizes, players should initially be able to finish the feared Gaunt Summoner’s preliminaries of solidarity, ability, and continuance. 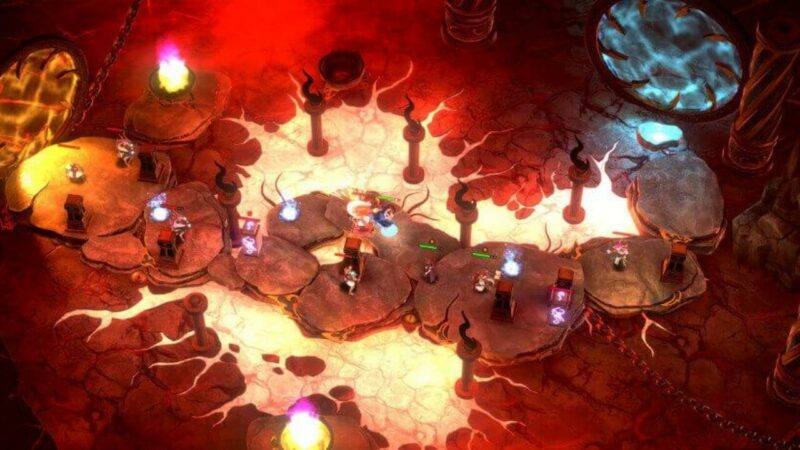 The previous version of Warhammer Quest games has a huge fan base, including receiving a Silver Rating. Its sequel, however, has outdone its predecessor and been presented with the prestigious Gold Rating.

A tough, fraught stomp through some very dark corners” and “pretty much a must buy.

So, interested Android players from now on can start to pre-register in Warhammer Quest: Silver Tower on Google Play. As of now, the game is to launch for both the iOS and Android devices on September 3rd.