What you should know about building your character.

Path of Exile is a notoriously challenging game. It has different skill and economy systems much different from run-of-the-mill MMOs. You would be prudent to do a little research before diving in the game, but where do you start? Here’s all you need to know about PoE builds, skills, and PoE currency.

These are a set of skills, PoE items, and other systems that synergize well with each other. That results in a character being able to survive and defeat their enemies efficiently. There are many to choose from and follow, and players discover more as they play.

However, while it’s easy to choose one and follow it to the letter, veterans recommend you play to fail first. You must experience what you should and shouldn’t do and build up a foundation of knowledge. Playing this way lets you discover answers for yourself as opposed to being spoon-fed by guides. It’s also how you learn to plan your own PoE build.

You can say that skills are the cornerstone of PoE builds. The thing is, Path of Exile does away with the usual class-based skill system. They opted instead for a skill gem system and a large passive skill tree. The former means skills are gems slotted into equipment so they can be used. This also lifts the restriction of class. Not all of the gems are active skills, some of them manipulate the effects and triggers of the skill.

The latter is a huge tree of passive skills. Classes determine where you start from, as well as how easy it will be to reach certain nodes. If the game provides you with enough points, you can actually reach every node eventually. The scarcity of these points makes you more prudent to get what is really important. With Ascendancy, you’ll be able to access one of three smaller trees to further improve your build. 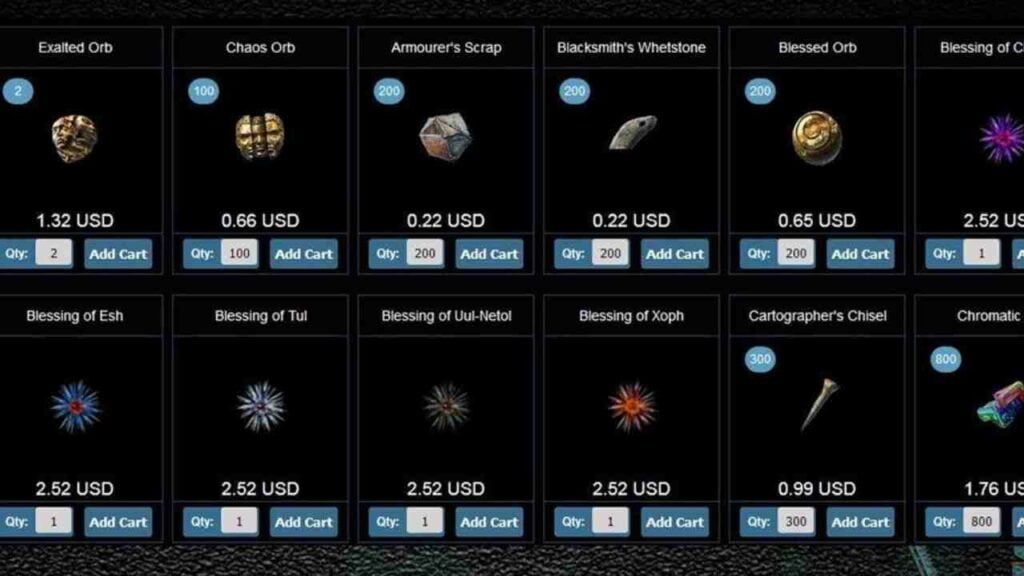 As it did with skills, Path of Exile went with a different system for their in-game economy. Instead of implementing a money system, there’s a barter PoE trade system in place. Of course, some PoE items ended up taking the place of currency instead.

PoE orbs are how you can pay for the services of vendors. Additionally, It is how you executePoEtrade strategies with other players. Trading is an easy way to get PoE uniques, another possible cornerstone of builds. Otherwise, for a cheaper option, you can get hand-me-downs from a player who used a similar build.

The other way to use the orbs is for crafting. By modifying the characteristics of a PoE item with PoE orbs, you can customize it to your preference. Be warned that crafting might be more expensive than PoE trading, especially if you’re unlucky with your rerolls!

PoE currency is the main thing you’ll need to procure equipment that augments your Path of Exile builds.

These are just the most basic of basics you’ll find when playing the game. There’s also pantheons, gem slots in the passive skill tree, and other mechanics that come from past or future updates. However, it should be enough to get you started.

Don’t worry so much about your first character. Learn from the mistakes you’ve made, and build a better one the next time around. Trial and error is hard work, but it’s more satisfying that way. Build a strategy around a certain skill, or around the effects of a unique item.

Also, remember that research is your friend! If a skill is unclear about its effects, or you need to find a gem with certain effects, there are many databases you can use.

At any rate, once you’ve decided on a skill or effect to build around, you can figure out what PoE item effect you want. As you go further, the easier it will be to get orbs or PoE currency. What would give the most satisfaction is the feeling of a PoE builds coming together. More than that, there’s the feeling of defeating the enemies you once were worried about.

Walking the Path of Exile is not an easy task. Everything written here is what tools you can combine and use. It is still up to you to figure out how to use them.