From the name, one can guess that Scout Invitational Tournament will only be limited to some teams that receive an invitation from Scout. The tournament will pit invited teams of PMPL and some underdogs teams from India, which Tanmay will invite by a registration process in discord.

About the Scout Invitational tournament 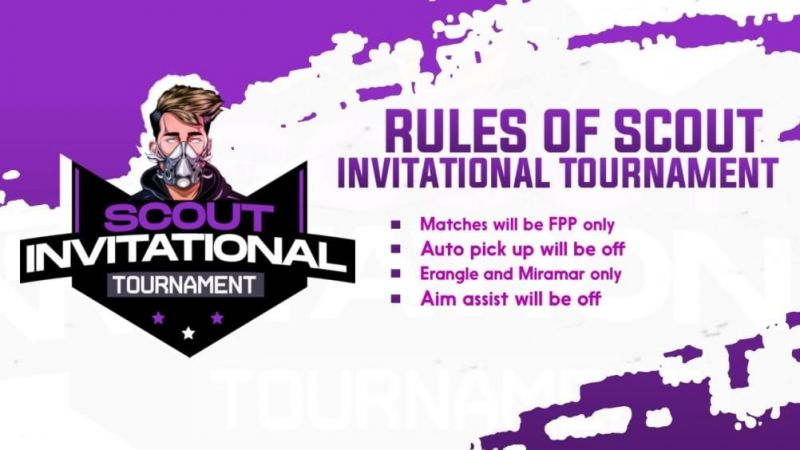 Previously Scout had announced that there would be 32 non-professional teams, but now, the sources suggest, there could be a total of 40 teams.

The teams will be divided into four different groups, with each group consisting of ten teams. These 40 teams will compete against each other in classic FPP matches of this PUBG Mobile tournament.

Team Scout will organize the tournament, to give few amateur PUBG Mobile players a chance to prove themselves and compete with the elite PUBG Mobile teams like – Orange Rocks esports, TSM-Entity, Team IND, SynerGE, etc.

The format of the matches will be FPP (First Person Perspective) and FPP only. Here is a list of teams qualified for quarter-finals.

Top 16 in overall points will move to Finals to compete with professionals.

The final list of teams will have 16 underdogs and 16 elites from the PMPL South Asia region. As expected, there are a lot of new names which most of us have never heard before. It will be interesting to see how the new teams fair against the Pros who have competed in PMIS, PMCO, and other top competitive tournaments.

We will continue to bring you all the latest updates of the Tournament before anyone else.

Next up: SouL Announces a Break from PUBG Mobile Tournaments