Hyena Squad is the forthcoming turn-based RPG strategy game, exclusively for iOS devices. As per the recent reports of Touch Arcade, the developers, Wave Light Games, will most likely launch this game on 9th September. Previously, the developers have also created games, like Strike Team Hydra and the Demon’s Rise series. The new game will be available for iOS (Apple devices) as a premium title.

The game introduces a sci-fi storyline and revolves around a deep-space station, which the aliens, along with the revived dead ones, have invaded. So, it will be upon you as a player, to guide your squadmates through the dangerous rescue mission.

The game takes place in the very same universe and features the same alien race as the adversary as its predecessor, Strike Team Hydra. However, in the new game, the story focuses on a group of mercenaries tasked with freeing a mafia boss from space prison.

In Hyena Squad, all of your team members will have an outfit that will comprise an alternate set-up of abilities. Those skills will come into use, only when you destroy yours while being within the alien and undread throng.

The crowd will consist of two types of groups, which will be following two different styles of approach. Some among them will favor close-quarters battle, attempting to move towards the aliens in massive armed forces before destroying them. In contrast, the other group will utilize weapons, like heavy guns and perhaps, spiritualistic potentials as well.

As you move forward in Hyena Squad, you’ll have the benefit to level your fighters up. It will result in raising their stats and, in turn, unlocking new skills. Also, you’ll have the chance to provide them with appropriate weaponry and gear. Doing that will give you extra capabilities to utilize when needed.

This mission will continue until you have cleared all the 12 distinct levels featured in Hyena Squad. 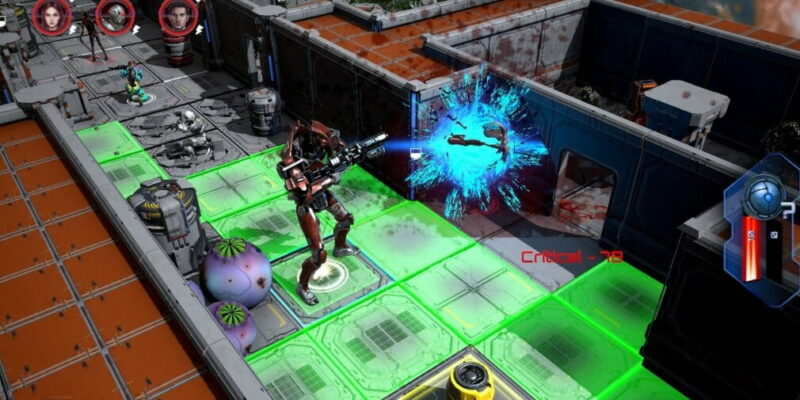 You’ll have to analyze the standard array of factors that you might need in a game like X-Com, as it is a turn-based strategy game. However, it includes a line of sight, guaranteeing your warriors are put in a suitable range. Alongside this, it’s also crucial to be aware of your opponent’s positions during an on-going game.

Hyena Squad is now available for pre-order over the App Store platform, before it gets a release on 9th September. Plus, it will be a premium title that costs around $1.99.