Racing games are one of the most loved genera of mobile gaming. On android alone, there are thousands of car/racing games that spans over a variety of sub-genera. With so many games to choose from and more being added each day, one might wonder, “Which are the best android racing games?” Well, to answer that question, we’ve compiled a list of the best racing games for android. The list covers a whole slew of sub-genres, starting from stylized arcade racing to highly realistic racing simulators, you should find an outstanding car game on android that tickles your fancy. With that out of the way, Let’s hit the road! 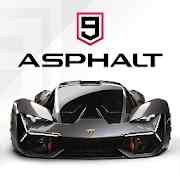 Asphalt 9: Legends is the brand new addition to one of the most popular mobile racing game franchise Asphalt. As all other Asphalt games, you pick your dream car and race around the world against rival speed machines. Work your way up through the career mode to unlock a new car or upgrade the ones they own. Furthermore, you can buy stuff in-game to progress even faster. Moreover, you can race against online opponents in an eight-car face off on spectacular tracks.

The gameplay is excellent with easy controls. Gameloft has also added a new “TouchDrive” control system. Now, touch drive is a fancy name for assisted driving where the car itself handles the acceleration and steering. At the same time, players focus on shifting lanes to hit specific jumps or routes, drifting, and using nitro.

This new driving control scheme streamlines car steering to free your mind. Also, there are other control options to go with, including the classic tilt-steering and on-screen controls. Although hardcore racers might not like it honestly, you’re better off playing with TouchDrive.The very high graphics and outstanding soundtrack make Asphalt 9 an adrenaline trip you won’t soon forget. 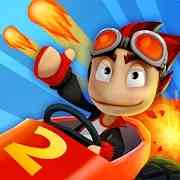 Looking for a fun car game? Beach Buggy Racing 2 might just be the right choice for you. The game is developed by Vector Unit renowned for making some of the best free-to-play racers on android. BBR2 is a sequel to the original Beach Buggy Racing, with improved graphics, vehicles, new drivers, upgradeable power-ups, and several new game modes. The action-packed game is full of surprises.

In Beach Buggy Racing 2, you race against a total of 6 drivers, each with a unique personality and a special ability. With unique ideas, Special driver abilities make the game very interesting. Crazy for Speed 2 is an exciting racing game available on android. Developed by Magic seven, the game is the successor of the very popular Crazy for Speed. The game focuses on street racing rather than motorsports. The game offers fresh new challenges and easy, intuitive controls over its predecessor.

Meet the expectations of the racers for speed. Customize and upgrade your ride, beat the best of the best, and conquer the streets. Crazy for speed gets our full recommendation.

See also  RPG Ruinverse: A game from the folks of Kemco for iOS and Android Asphalt 8: Airborne was first released for iOS and Android on August 22, 2013. Later, The game was made available for Windows 8.1, Windows Phone, and BlackBerry 10 in November 2013 and January 2014, respectively. Game loft even released a version for Tizen back in April 2015.

In Asphalt 8, you will race in some of the hottest, most high-performance dream cars ever made. From the blazing hot Nevada Desert to the tight turns of neon-lit night Tokyo streets, the game is a visual treat. Work your way up to become the very best in challenging yet fun and exciting world of Asphalt 8: Airborne. 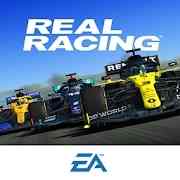 As you progress through the game, there are plenty of cars to choose from, and the attention to detail is in a class of its own compared to other Mobile Racing Game. Players get to race in a variety of real race tracks all around the world. However, Goodluck trying to beat the game AI cars in the first try.

Although aimed at the hardcore hyperrealistic racing enthusiast, the game has a bunch of control options, including traction, break, and steering assists for casual gamers. We recommend using the assisted driving as you get the hang of the game and confident enough to drive without it.

Racing games have been around for a very long while now. With the rise in mobile gaming in recent years, we see more and more car racing games for android. No one can try all of them out. However, in this article, we did try our best to shortlist the best most loved racing games on android available right now.

Did your favourite car game make it to our list? Let us know in the comments. We would love to know your opinion on the same.